New Information About the E-Cigarettes

The e-cig and e cig liquid nicotine is becoming a standard choice for those who are moving away from tobacco products. The numbers of users for these products is growing much faster than previously thought leading some experts to believe this form of using nicotine could eventually replace the traditional forms of tobacco use in many households. In large part the reasons so many are leaving others forms behind is the mess, the cost, and the social impact of using most tobacco products.

The Routine for a Regular Smoker

The daily routine for most smokers normally starts out smoking with a cup of coffee either before breakfast or immediately afterwards. This can mean finding a location where smoking doesn’t disrupt others while they eat or go about their morning. Taking a break time at work has become problematic for smokers as workplace bans on this activity have become the norm since 2008. Many workers find themselves outside no matter the weather finding a place among other smokers for a quick smoke. Later, in the day back at home the smoker can relax unless he or she lives with non-smokers, in which case this person can be found on a patio or balcony at all hours trying to enjoy their tobacco. 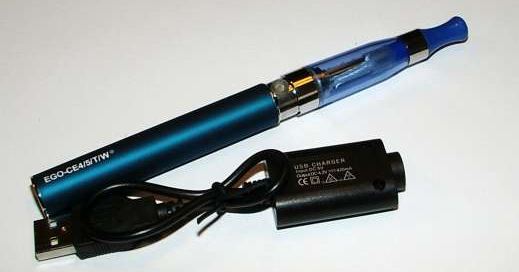 This is a much different life than most smokers appreciated decades ago when smoking was more accepted. One of the strongest benefits for those who elect to buy an electronic cigarette in Australia is there’s less fuss, and risk involved in using it.

Ash and Smoke in Electronic Cigarettes

Naturally, one the biggest problems with lighting a cigarette is the heat, ash, and smoke. Almost all smokers have found a favourite shirt, dress, or even a pair of shoes has somehow developed a small hole. Hot ashes also leave these holes in the fabric of couches and other furniture. Occasionally, if the person smoking a traditional cigarette doesn’t use caution fire is a possibility. Smoking outside in windy or dry conditions increases this risk. One reason for the popularity of e-cigarettes in Australia is the lack ash is created while using them. When someone decides to buy an e-cigarette starter kit they find the liquid used is vaporized with no odour or ash.

This liquid vapour method also eliminates smoke. Not only is there no odour, but the taste is also improved. No smoke also means the social impact of smoking is diminished. Those who don’t approve of smoking or who can’t tolerate the smell aren’t put off by the odour lingering in clothing or hair.

Much of the tobacco literally goes up in smoke when using the standard cigarette along with the nicotine. Not only are more single units sold per pack when a person elects to buy an e-liquid for e-cigarettes, these are used more efficiently through the vaporizing process. The smoker of regular cigarettes gets much less nicotine per puff than is possible through this smokeless method.

The increased popularity for the smokeless version is making the e-cig more socially acceptable. As more people use, this alternative it continues to gain more acceptance.

(Next News) A Modern Fit for a Busy World »